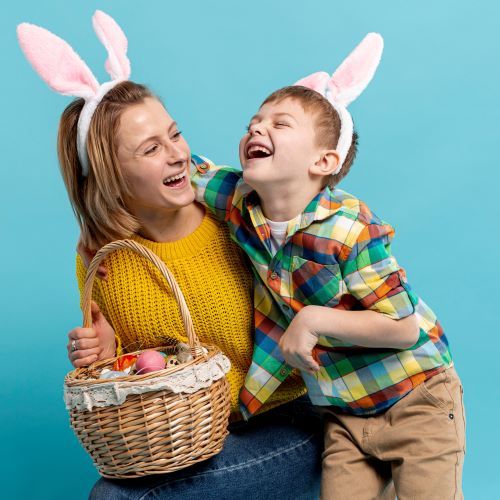 Where did Easter begin?

Each year the date changes, but the traditions remain the same; we enjoy a meal together, plenty of chocolate and hot cross buns are enjoyed, and maybe a few gifts. But where did our Easter traditions originate?

How is the Easter date decided?

Where did the Easter Bunny come from?

Perhaps the most important question, where did our furry friend originate from? A pagan origin, bunnies are from the pagan festival of Eostre, a great northern goddess whose symbol was the rabbit. A version of the Easter Bunny as we know him appeared around the 1600s, called "Oschter Haws" (Easter Hare), and children would make nests for him to lay colourful eggs in (even though that’s not quite possible…). It’s thought that bunnies and Easter had become so closely aligned that replacing him with an Easter Lamb or other symbolic animal was too late.

Nowadays it’s a generally accepted tradition, and one that’s celebrated whether you’re religious or not. For those celebrating the religious side of the festival, you’ll find it’s predominantly Christians, Catholics and Protestants. Other religions like Islam, Hinduism, Buddhism and Judaism don’t celebrate Easter.

Where is Easter celebrated?

Easter is celebrated across the world - in fact you’ll have trouble finding a country that doesn’t celebrate. Everywhere has their own quirky traditions too; like Bulgaria, who enjoy egg fights, the winner being decided by the one who has an unbroken egg at the end. In Haux, France they whip up an omelette made with 4,500 eggs to feed 1,000 people in the main square. In Chios, Greece they fire up to 60,000 rockets during an event called ‘Rouketopolemos’ - a battle between two churches. All a bit more exciting than our Easter egg hunts!

How do you celebrate Easter? Join our IQ Cards Facebook community and tell us your plans - we’d love to hear your family traditions!