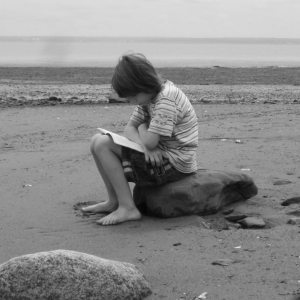 Should children be taught about mental health from a younger age?

With mental health becoming a growing problem for the younger generation, should children be taught about it earlier? Join us as we discuss the issue.

Mental health has been a growing issue across the world for many years now, with Generation X currently labelled as the ‘most anxious generation’ ever.

It’s not hard to see where this label has come from really either.

Currently, suicide is the third leading cause of death for ages between 10 and 24, with social media reliance becoming more and more of an issue with younger people in particular.

In today’s society, apps like TikTok and Instagram continuously distract the attention of school-age children away from books and important creative learning resources, altering the way in which they perceive themselves and affecting their ability to make decisions.

The knock-on effects of this have created a growing issue for parents worldwide, leading many to question whether children should be taught about the influence of mental health conditions from a younger age.

We’re here to put that question to the test, discussing some of the pros and cons of teaching children about the importance of mental health sooner rather than later.

According to figures from Public Health England, one in ten children in London have poor mental health.

Therefore, surely it stands to reason that, if children were able to comprehend their feelings and have a better understanding of what it is they’re going through, they'd be able to change their behaviour and do something about it?

Well, as demonstrated in a study by Tufts University, this has been seen to be true.

After providing a select group of children with a 'toolkit' on how to handle stressful situations, the breathing exercises and techniques they were taught were shown to have a positive impact on their ability to handle exam stress.

This, in turn, promoted the importance of mindfulness, implementing good habits and constructive behaviour from that point forwards which, obviously, can only be seen as a good thing.

As we alluded to in our most recent blog post as well, teaching children the importance of mental health earlier can help develop their theory of mind and lessen the societal pressure they may currently feel.

However, some experts remain concerned that children’s brains simply aren’t developed enough at a younger age to comprehend the importance of mental health. And, as such, they think teaching them about it will leave them feeling confused, overwhelmed and actually more at risk as a result.

Plus, some experts think that teaching children about certain conditions - such as anorexia, bulimia and bipolar disorder - could actually give them ideas, helping normalise them as a way of life in their eyes.

What's more, due to this proposed level of underdevelopment, children could confuse feelings of sadness with a mental health disorder, making them believe they are struggling with a condition when, in reality, they're not.

While it may be difficult to know for certain what kind of long-term impact teaching children about mental health will have, one thing that’s abundantly clear is that it’s a discussion which needs to be had.

If you’d like to share your opinion on the topic, why not take a look at our Facebook community page? Here you will have a platform to discuss ideas and stories with other parents, while being able to keep up to date with our latest news and updates.